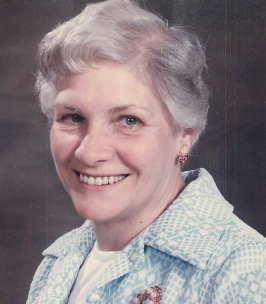 The family sadly announces the passing of Reta Marie Kleebaum on Friday April 8, 2022, at the Tillsonburg District Memorial Hospital one day shy of her 91st birthday. Loving wife and best friend to her husband Otto for 51 years and caring mother to Thoma Darley (Late Richard) of Tillsonburg, Walter (Donna) LaFrance of Brantford, Delyn (Rita) LaFrance of Ingersoll, Julia (David) Miller of Hagersville and Roger (Maureen) Kleebaum of Tillsonburg. Cherished grandmother of many grandchildren and great-grandchildren. Dear sister of Stanley (Eileen) Hess of Sarnia and Alice (Leslie) Showers of Bradford. Reta is also survived by many nieces and nephews. Predeceased by her brothers Alfred and Cecil Hess.
Reta was an avid knitter and crocheter. She spent many hours knitting caps for premature infants. Reta also had a strong faith. She sang in church choirs for many years and was a prominent member of Peace Lutheran Church in Tillsonburg.
A visitation will be held for Reta at Ostrander’s Funeral Home, 43 Bidwell Street, Tillsonburg (519-842-5221) on Friday April 22, 2022, from 6:00pm to 8:00pm. The Funeral Service will be held on Saturday, April 23, 2022 at 2:00pm at Peace Lutheran Church, 60 Young Street, Tillsonburg with Pastor Paul Schallhorn officiating. Following the service, cremation will take place with inurnment later in Paris. Donations in Reta’s memory may be made to the Peace Lutheran Church and can be done online or by contacting Ostrander’s Funeral Home at 519-842-5221. Personal condolences and memories can be shared at www.ostrandersfuneralhome.com